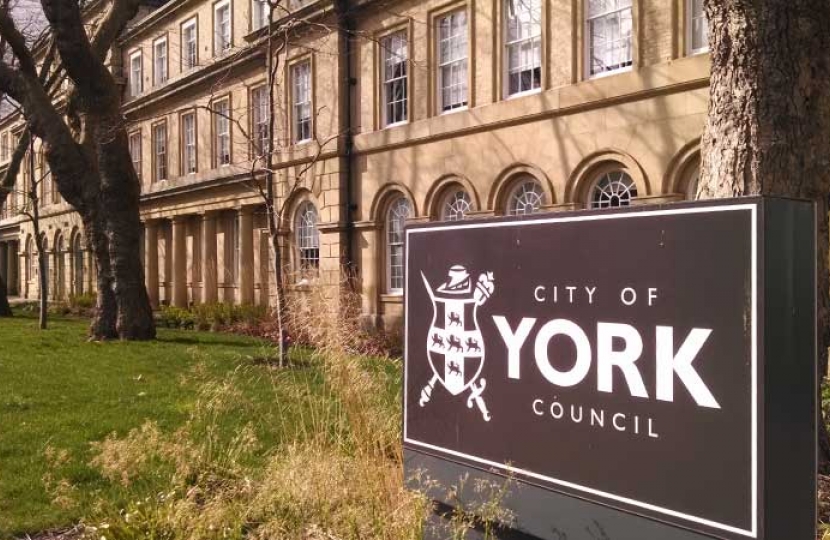 York’s Conservative councillors have criticised the decision of the Liberal Democrat and Green coalition to introduce two new ‘Special Responsibility Allowances’ of £15,600 and respectively £5,200. These will go to the extra Executive Member and the chair of the new Climate Change Committee. When the 2015 Conservative led coalition was formed the Executive was increased from six to eight but allowances overall were trimmed so there was no cost increase, there were also no new chair’s allowances.

Cllr Martin Rowley said ‘we fully appreciate the importance of tackling climate change but must ensure this is not done in a way that unreasonably hikes costs for residents. Many will appreciate that environmentally friendly transport comes at a cost but will be less tolerant of seeing their hard earned money handed over to a Liberal Democrat councillor in an additional allowance. We see no need to further increase the number of executive members and several committees have no extra allowance for the chairs. Given the cost of dealing with climate change it is wrong that this extra payment is being introduced without any scrutiny or discussion.’

Commenting, Cllr Paul Doughty said ‘over the course of a four year term the additional allowances will cost York’s taxpayers more than £80,000. We were concerned that Lib Dems, who always wanted to increase council tax more than we did in coalition, would be expensive nevermind with the Greens added. What is so disappointing is that this first act of spending in no way benefits residents’.

At Thursday’s Budget Council City of York’s Conservative Group will deliver the attached amendment which will see a focus on frontline services rather than spin and waste and will limit the rise in council tax by 0.5%, whilst also adding more money to reserves, reversing the hikes to parking char