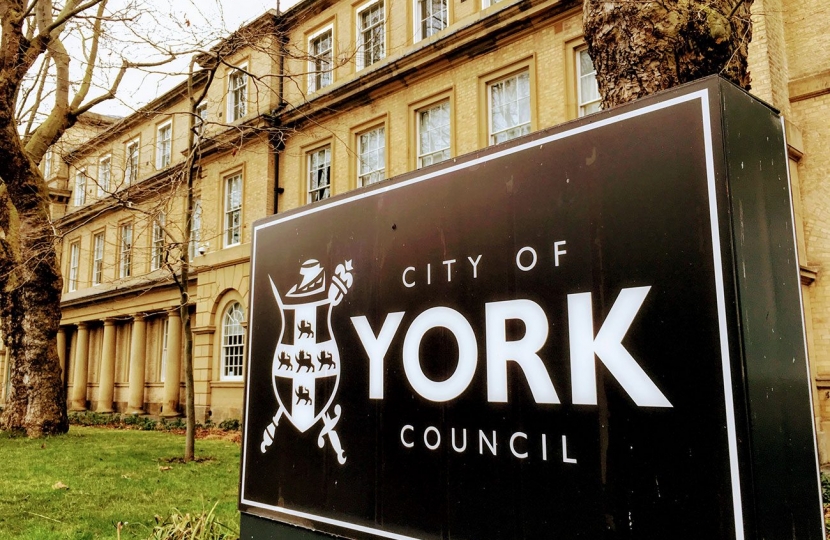 Sadly Lib Dem run City of York Council has once again made national headlines for all the wrong reasons in recent days. The reason has been the council’s shocking handling of a very sensible Labour motion on increasing access to the city for disabled people and ensuring their needs are always at the forefront of planning.

York’s Conservative Group was keen to support the motion, including having amended it with an additional recommendation, but the Lib Dems and Greens cynically tore the motion apart and took out all of its meaningful words.

Conservative Group Leader Paul Doughty said ‘the chopping up of the motion was a typical act of political cowardice from the Lib Dems and their Green Party puppets. They should all have supported the Labour motion, instead they changed it beyond recognition. With the Lib Dems and Greens evidently holding disabled people in such contempt they should just have voted against the motion rather than destroying its meaning’.

The same meeting then saw one of the most senior employees at the Lib Dem run council rule that councillors who were blue badge holders could not participate in the motion debate. There was later then a u-turn but the damage had been done in what Cllr Doughty has labelled ‘a shocking and disgusting decision that councillors with a protected characteristic should be excluded from speaking’.

Cllr Doughty continued ‘there should be a full and clear apology from the Lib Dem Leader of City of York Council for what went on. This action by a senior employee shows the increasing arrogance of the administration in treating people with utter contempt’.