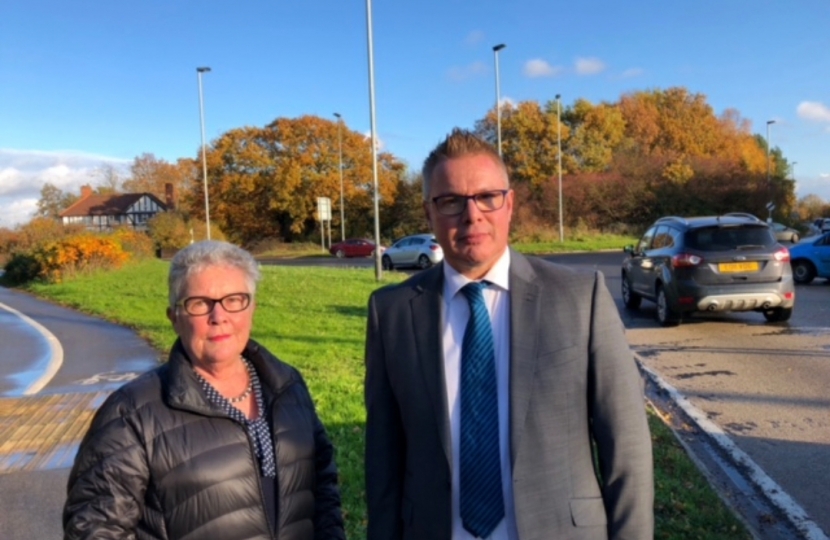 Julian Sturdy and CYC’s Conservative Group has battled for years to secure the dualling of the city’s northern ring road. Recently the Conservative government approved significant aspects of this and yet the Lib Dems and Greens, including a Deputy Leader and Executive Member for Transport who opposes the dualling seem determined to mess up the delivery of the project. In just one of the stretches to be dualled residents have outrageously read of their land being seized just days before it is discussed at a formal meeting.

With the Conservative government providing A1237 dualling funding all the Lib Dems and Greens had to do is aspects of design and crucially to ensure it is delivered with due consideration for residents, however this is not happening and Conservative Group Leader Paul Doughty has slammed the administration ‘treating residents with greater incompetence and contempt than even their normal standards’.

The botched delivery, of what is just one stretch of the dualling has seen:

• The first residents closest to the Earswick/Strensall roundabout heard about plans to not only build the road, but build it on their land and were told about changed plans on just Monday this week, when it went to Executive just three days later!

• CYC is planning a totally inappropriate crossing at the Earswick/Strensall roundabout, which has long been rejected in consultation over the years. The proposed location of the crossing is too close to the ring road, meaning vehicles will be going too fast where pedestrians and cyclists cross and Cllr Paul Doughty shares Earswick Parish Council and resident views that it should be further down Strensall Road.

• Residents feel they have been ignored in being consulted with and their suggestions dismissed, for example a proposed route being rejected based purely on a water main when such a policy is totally at odds with elsewhere in the city like at Monks Cross.

• Incredibly council staff have said they have not even modelled new traffic levels going from Strensall to/from the roundabout. Cllr Doughty has slammed this as ‘at best likely to be a source of significant delays for residents and at worst an accident waiting to happen’

Looking at the ring road dualling, I have serious reservations about the number of traffic light controlled locations and the affect this will have. There will be more stop-starting of traffic. Developing CYC policies including closing access roads throughout the city pushing more traffic onto the ring road will mean potential dualling gains are severely compromised or worse - with more congestion misery for residents. Nowhere in this report is there any mention of actual savings in journey times with just a solitary mention in paragraph 50 of a “small decrease in carbon emission”. No details have been provided regarding the results from the Noise or Air Quality studies.

Conservatives in York have long led on the campaign to dual the ring road and it is fantastic it is finally happening, however the impact on a number of residents will be very significant and there views have frankly been ignored by the Lib Dems and Greens. Green councillor Andy D’Agorne has long not supported the dualing and residents can certainly see that now with the mess he is making of it

I am disgusted that the meetings held by Officers with the Parish Council has resulted in them totally disregarding our wishes.