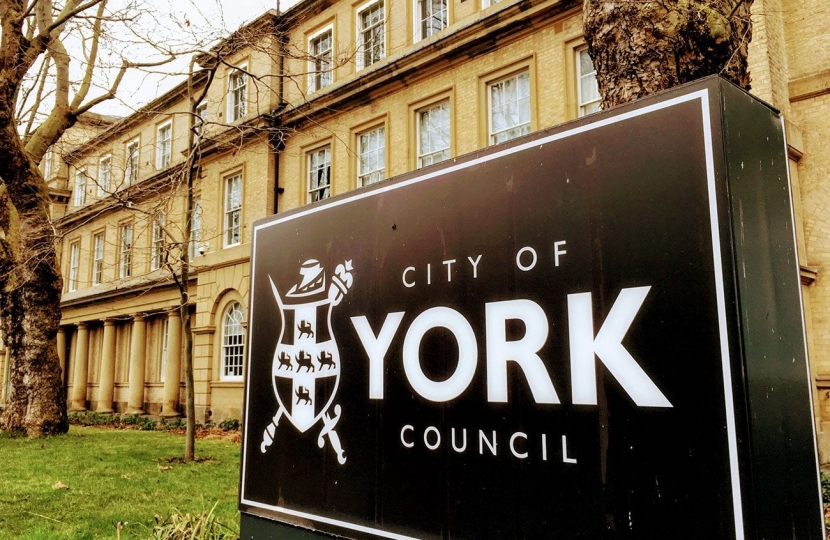 York’s Conservative councillors Paul Doughty and Martin Rowley have called in for further consideration the decision of the Executive Member for Housing & Safer Communities on 30th June 2020. This decision would see taxpayers spend £550,000 to improve the energy efficiency of just eight homes. It would also see significant disruption for the residents forced to leave their homes for the duration of the work.

It is believed the vast extent of the spend at such a high level for normal homes is unique in the county and it is being widely ridiculed at a time that Lib Dems are claiming the council is running short of money.

The reasons Cllrs Doughty and Rowley have given for the call-in are:

· The cost of this project, at around £70,000 per property in the report plus other costs not referenced like certain staff time, are absurd and offer no value for money.

· Targeting anything at such a small number of properties and people undermines the need for Climate Change to be dealt with by all residents.

· There is no sensible cost /benefit analysis done of the scheme in relation to the types of properties targeted or whether the money would be better used for other Climate Change solutions.

· Although the need for procurement is referenced it is hard to see how this will be effective when such large figures are public as the available spend.

· There is no suggestion of what success looks like and what the next steps are planned to be if the expenditure is deemed a success.

The call-in means councillors from all parties will soon meet to reconsider the decision and whether it represents the best value for money and should go ahead as the Lib Dems and Greens wants.

Cllr Doughty said ‘this proposed spend is an utterly absurd waste of money given the council is paying as much to improve the energy efficiency of houses as many houses could be built for. Such huge spend of more than £550,000 into just eight homes is absurd but it is unlikely even the home’s residents will benefit as they will see such disruption in being moved out of their homes whilst the work is done.

Cllr Doughty continued ‘we have called in the decision for further consideration as we think the money can be much better spent over a wider range of homes. This would also show that Climate Change is something we must all address together rather than it being about a series of Lib Dem and Green vanity projects to please their party members.’