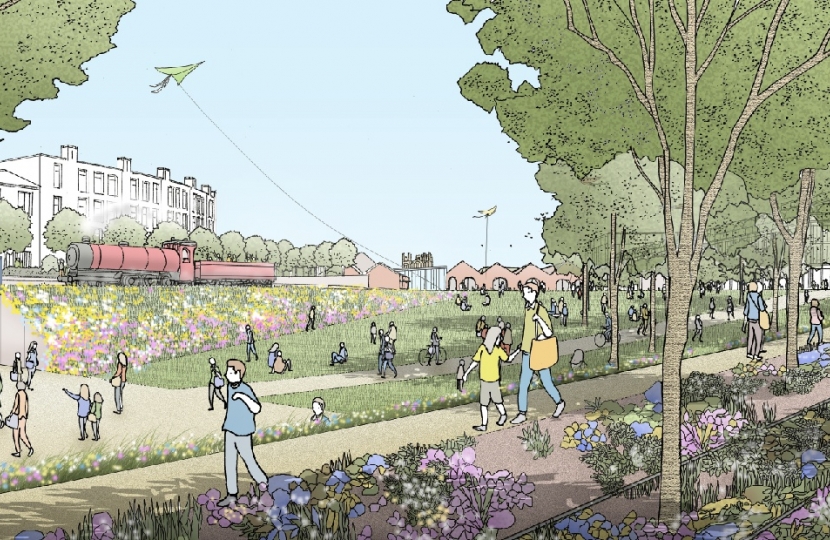 The proposals form part of the York Central Partnership agreement, which sets out how the partners and landowners of the 72 hectare site - the council, Network Rail, Homes England and the National Railway Museum- will proceed with the regeneration of the site.

The contract terms set out the contributions made by each of the partners, how costs will be repaid and risks rewarded as the development is delivered.

Under the terms of the agreement CYC will deliver the infrastructure needed to open up the site, and will be compensated for its original investments through both land receipts and the ability to retain 50% of business rates which would usually go to central government.

The business rates from York Central are expected to more than repay the £35m the council is borrowing and, in the best-case scenario, could bring in an extra £52m to reinvest in future economic development across the city.

Network Rail and Homes England will invest around £55m in buying and clearing land on the site. As master developers, they will then receive a maximum of 20% return on their investment. The council could repay its initial investment and receive up to £77.1m to reinvest in building homes across the city.

The partnership agreement also sets out some of the key principles which will make York Central work for York’s businesses and residents. This includes a commitment to high quality design, homes that York needs and people can afford, and the continued role of community engagement in shaping the scheme.

“York Central is going to play a huge role in the future long-term prosperity of this city, delivering the housing, employment, public and cultural spaces the city needs.

“This agreement makes a great deal for York even better. It would mean repaying our costs and potentially rewarding our risks with an additional £130m over 15 years which would otherwise go into national funds.

“Without this partner and public sector leadership, we wouldn’t be on the brink of delivering this once in a lifetime regeneration. It is only right that York residents benefits from York Central’s future success as we reinvest in the city we love.

“The partnership is making great progress, and I’m particularly looking forward to seeing our plans to deliver affordable housing in the first phase of development.”

This is why Pride Month matters

Conservatives will always fight for a free, fair and tolerant Britain.