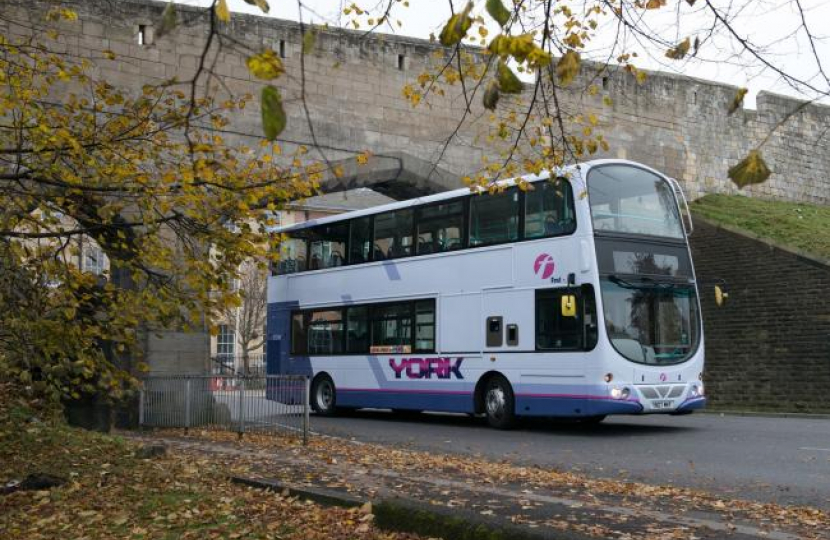 City of York Council have been awarded £17.3million by the Conservative Government to improve local bus services. This is in addition to the £8.4 million received to purchase 44 electric buses.

The latest funding will be used to:

This funding is part of a £7 billion package from the Conservative Government, made up of £1.2 billion of funding for areas who will prioritise improving their bus services for local residents; £5.7 billion of transport funding to England’s eight city regions; and £38 million for light rail operators across the Midlands and North.

Buses are the most popular way of getting around in this country – but for too long people outside of London have had a raw deal.

The investment we’re making today to ramp up the bus revolution will drive down fares at a time when people’s finances are tight and help connect communities across England.