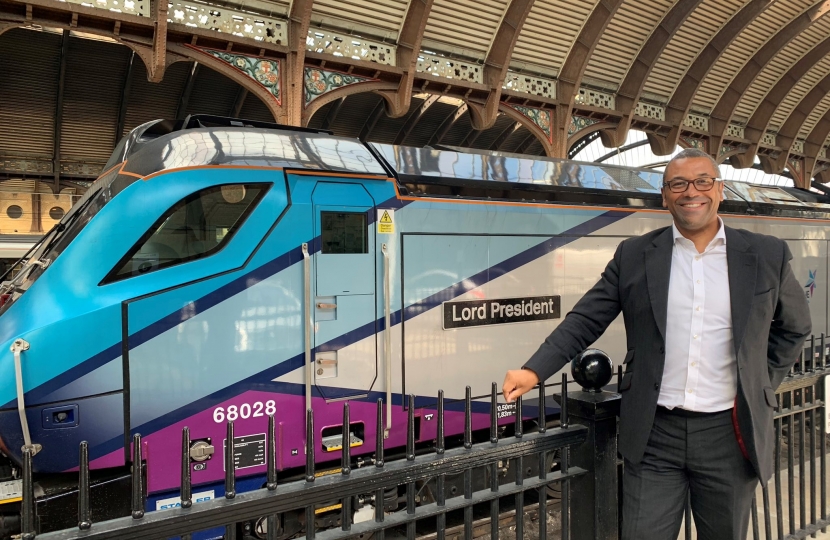 James spoke to residents about Boris Johnson's plan for Britain while delivering the latest InTouch magazine from the Rawcliffe and Clifton Without team.

After lunch with volunteers, Rawcliffe and Clifton Without ward coordinator Stuart Rawlings took James Cleverly to see the York Central site. While the Liberal Democrat and Green administration are losing interest in the project, James Cleverly was pleased to learn that the York Conservatives are continuing to push for funding on a project which is so important to York's economy.

This was followed by a visit to York Railway Station to see the new TransPennine Express trains. Stuart highlighted the importance of the East-West rail investments needed to improve York's economic development and attract better paid jobs to York.