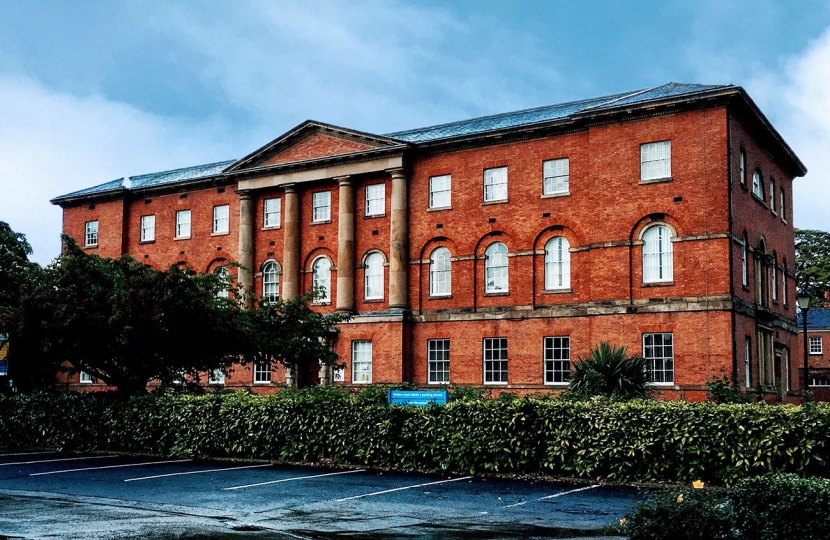 Julian has lobbied both Health Minister Stephen Hammond and the Accountable Officer of the Vale of York NHS Clinical Commissioning Group (CCG), meeting both last week to discuss the future of the old Bootham Park Hospital site, and how this fits with future options for York NHS.

City of York Council and York Hospital NHS Trust are requesting a further delay in NHS Property Services’ plan to sell the site and reinvest the proceeds in the NHS, to allow the local NHS and Council to put forward plans to develop the site to provide health services, housing, improved access, and a public park. Bootham was closed in 2015 on the grounds the building’s design meant it was not suitable for use as a modern mental health facility, and has been declared surplus to clinical requirements by Vale of York CCG.

Last week, Julian asked Minister Stephen Hammond if his department could consider a further delay to the planned disposal, so that City of York Council could finalise their plan, and the decision could be made with all available information on the possible future uses of the site.

He also met the Vale of York NHS CCG Accountable Officer on Friday, and asked him to clarify the CCG’s position on Bootham with the Minister. Julian understands that Vale of York CCG have written to Minister Stephen Hammond today. They have confirmed they support local collaboration with the Council on possible future uses of the site, but also noted the current cost to them of maintaining the empty site is considerable, and that they do not have any plans to directly commission services from the site.

“As a historic York institution and community asset, it is important that the development of the Bootham site reflects the needs of York residents, and I will continue to work to ensure this is the case.

In my meetings last week with the Vale of York CCG and the Health Minister, I stressed the need for all future options for the delivery of healthcare in York and the future use of this site to be carefully considered. I have remained in close contact with our Council Leader Ian Gillies on this.

The needs of local residents have to be fully addressed as this decision is made. I was concerned to hear of the costs maintaining this empty site is imposing on our local NHS, but this has to be balanced against the significant future benefits that could be yielded by developing Bootham along the lines suggested by the Council. I have made very clear to Minister Stephen Hammond that the local community has to come first.”