Julian Sturdy MP in the York Press: Looking Forward to Developments in York 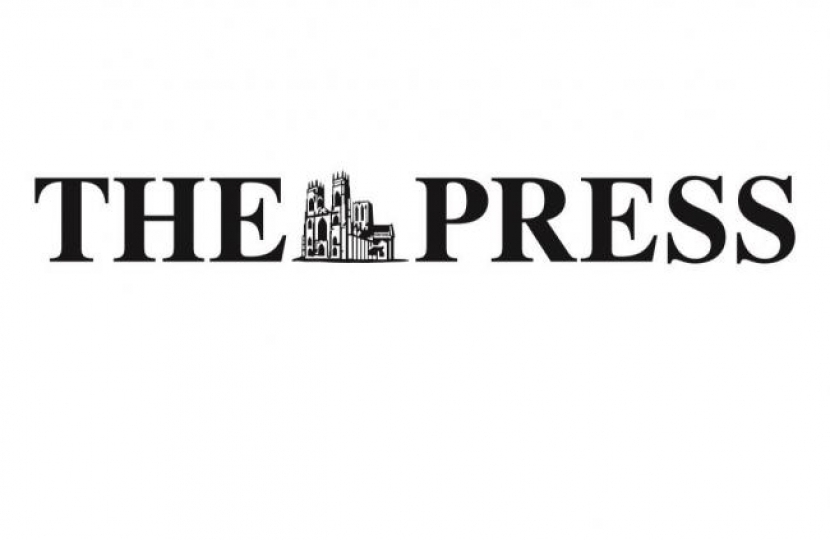 With all the focus on Brexit at the moment it is important not to forget that there are some other big political decisions looming for the future of York. The dualling of the northern ring-road and the development of the York Central brownfield site have the potential to transform our city for the better. Following on from decades of talking and years of campaigning, I have been encouraged by the recent progress that has been made. In October of last year, the then Transport Secretary Chris Grayling announced that the Government would develop plans to dual the A1237 between the Rawcliffe and Hopgrove roundabouts, with a funding announcement to follow. In June we also heard from the Government that the plans approved by York Council for the redevelopment of the York Central site would not be called in for a public inquiry. This was undeniably good news for York residents who want to see the new jobs and homes delivered without further unnecessary delay.

Despite these positive steps, the council is still waiting on funding confirmations from the Government to allow both projects to go ahead. In July I had a meeting with the Roads Minister and the officials dealing with the ring-road funding application who assured me that an announcement on whether the £25 million would be awarded was imminent. I have questioned the Government several times both on the floor of the House of Commons and in writing with Ministers. In her most recent reply, the Minister assures me that the Department is doing all it can to review the business case, but no indication was given on the timing of the announcement.

With York Central we are currently waiting on the council’s bid for money from the Housing Infrastructure Fund (HIF) which will help to unlock the site by linking it to the existing road network. Again, I have written repeatedly to the Minister responsible and raised parliamentary questions asking for an update. Following a noncommittal reply to my latest letter, I have now asked for a meeting with the new Housing Minister, Esther McVey, who will be responsible for approving the bid. I hope that she will be able to shed some light on the progress of this and I will certainly be making clear just how important the site is for York’s future prosperity and how the HIF money can be used to mitigate the potential impact on congestion in the city centre.

One equally important scheme where unfortunately less progress has been made is the ambition to dual the A64 between Hopgrove and Barton Hill. It is vital for this to go hand in hand with the A1237 dualling given the increased traffic flows coming on to the Hopgrove roundabout and the A64 east of York. It had been hoped that the Government would make an announcement on this in November and include the scheme as part of its next Roads Investment Strategy period. In June a Highways England report downgraded their value for money assessment from medium to low, meaning that the bid will be less competitive when it comes to be considered by the Government alongside other applications from around the country. Since then a group of Yorkshire MPs including Kevin Hollinrake, Robert Goodwill and myself have teamed together to urge Highways England to review its assessment and have secured the agreement of the new Transport Secretary, Grant Shapps to intervene. Given that infrastructure investment has been stated as a priority for the new Government, I am confident that they will recognise the importance of the scheme to the local economy and should it not be included in the next round, further opportunities will be available to secure funding in the near future.

This is undoubtedly an exciting time for York, during which several major investments in our city’s economy are in the pipeline. Whist the bureaucracy and delays can be frustrating I am confident that after years of waiting, real progress is finally being made. I will be sure to keep local residents updated as soon as I hear anything further.