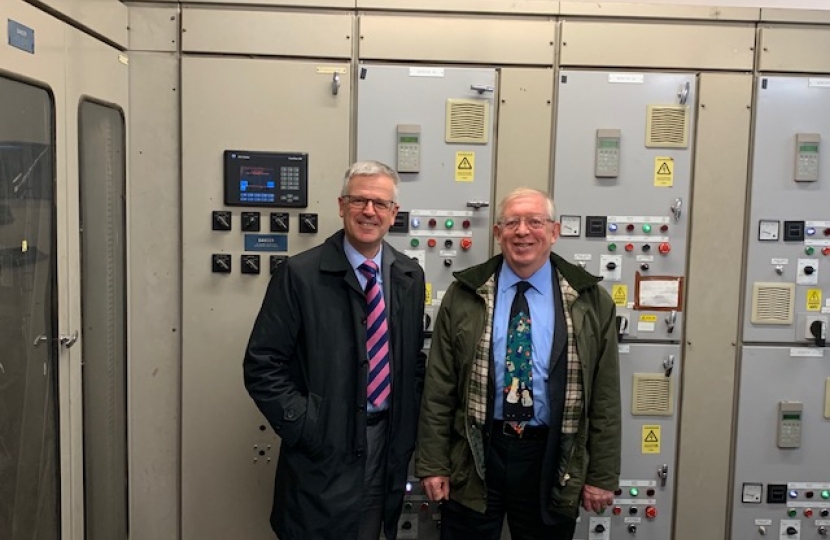 The plan will significantly change the way the site is operated following Yorkshire Water’s agreement to invest more than £340,000 in new odour control technology which will ‘clean’ the air from the treatment process before it’s released into the atmosphere.

Cllr Rawlings said:  “We have worked with Yorkshire Water since 2016 to address the issue of the terrible smells residents have had to bear and since this time Yorkshire Water have put in place a number of technologies which have made a real difference- both myself and Cllr. Lisle have visited the treatment works several times recently and I have to say that the situation has improved.  However, this new investment of £340,000 is a big step up, it will actually enclose some of the plant and put in place a modern odour management system and I believe this will solve the issue once and for all.

“This has been a horrendous problem for Rawcliffe, especially in the warmer months and I’m pleased to say that Yorkshire Water have committed to completing the  investment programme by May 2019, which will finally give long suffering residents a smell-free summer.

“All three councillors have had a good relationship with Yorkshire Water over this period, which has had to deal with some tricky waste treatment issues.  We have persevered however because of just how important this issue for the plant’s neighbours and it goes to show, after 30 years of failure by previous Labour and Liberal Democrat councillors,  what can be achieved.”

At Thursday’s Budget Council City of York’s Conservative Group will deliver the attached amendment which will see a focus on frontline services rather than spin and waste and will limit the rise in council tax by 0.5%, whilst also adding more money to reserves, reversing the hikes to parking char