Local MP tells Parliament that York is open for business 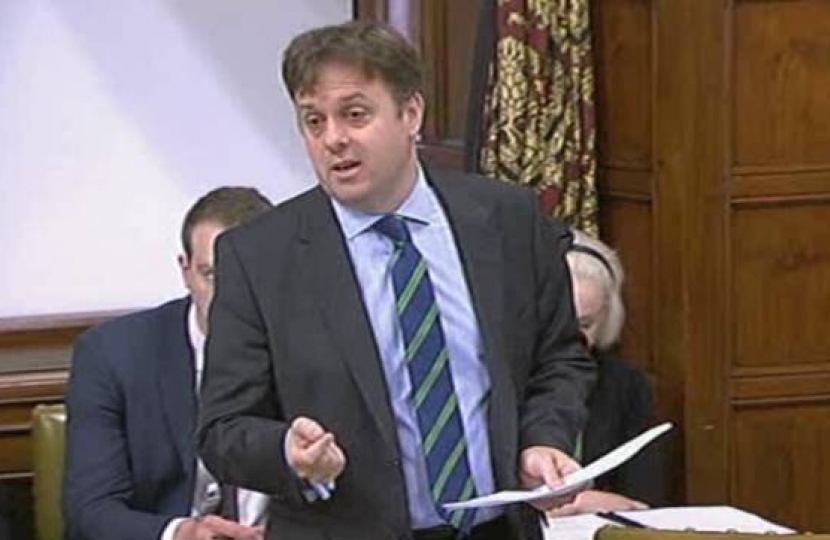 During a debate on the recent winter flooding, local MP Julian Sturdy reminded Members of Parliament that York remains open for business.

The House of Commons held a debate yesterday on supporting local authorities after Storm Eva, which overwhelmed the Foss Barrier on Boxing Day. During the debate Mr Sturdy asked “is it not also true that many businesses have not been flooded, but are hugely affected because the wider regional economy is affected? Is it not right that we send out a clear message that Yorkshire is open for business? My area and that of the Honourable Member for York Central are certainly open for business."

Mr Sturdy also urged the Minister for the Northern Powerhouse, James Wharton, that “In the spirit of bringing people, Departments and local authorities together, does the Minister not agree that, when we are talking about spending money on flood defences, we have to look at the whole catchment area? That might mean spending money to defend York outside the city in the wider catchment area.”

The Minister agreed that working together was “an important point and will of course form part of our considerations”. The Government has provided £50 million for households and businesses who were affected by Storm Eva. A further £40 million has been allocated to repair and improve flood defenses following the storm, of which £10 million has been reserved to upgrade the Foss Barrier. The other £30 million will be spent repairing defenses on the rivers Ouse, Wharfe, Calder, Aire, and Derwent.