Next phase of York Outer ring road set for approval 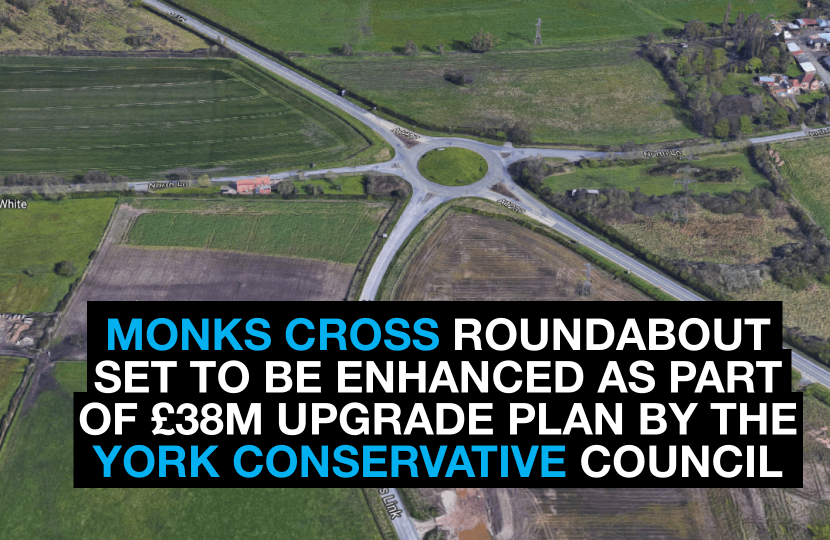 The Monks Cross roundabout could be the next section of the outer ring road to be improved if given the green light at the decision session for the executive member of transport and planning next Thursday (13 September).

It would be the second of seven roundabouts to be enhanced as part of a £38m scheme to reduce congestion on the outer ring road, bringing more lanes and space on the approaches and exits, as well as improvements for pedestrians and cyclists.

If approved there would first be a four-week public consultation running throughout May 2019 when residents and businesses would be asked for their views and for feedback on the proposed upgrade.

Approval of the scheme would allow for preparation works and arrangements to be made for construction to start with the appointment of the council’s civil engineering delivery team.

Executive member for Transport and Planning, Cllr Peter Dew, said: “The York Outer Ring Road upgrade programme is one of the biggest road improvement schemes the city has seen in many years. I’m delighted that we will soon be moving on to the second phase of the programme, incorporating the Monks Cross and North Lane roundabout.

“I’d also like to thank residents, businesses and visitors for their cooperation during the works at Wetherby Road roundabout which are on schedule to be completed in early 2019.”