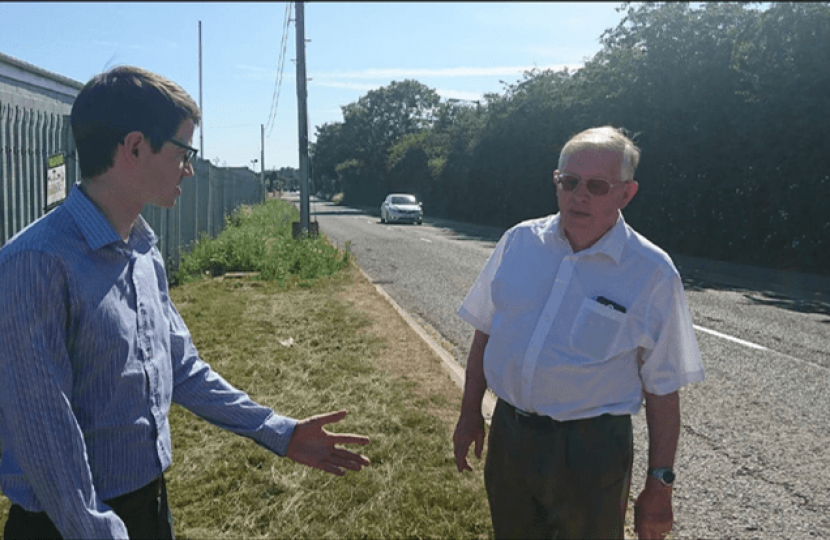 Work on the much awaited footpath along Green Lane will begin next month, which will ensure that pedestrians will no longer have to needlessly cross Green Lane twice.

In early 2018, Conservative Councillors for Rawcliffe and Clifton Without submitted plans to build a much needed new footpath after speaking to residents who raised the safety implications of having to cross Green Lane at peak times. After receiving costings from City of York Council, Cllrs Peter Dew, Sam Lisle, and Stuart Rawlings submitted the scheme as their first priority for ward committee funding and have recently signed off the £18,000 spend.

Commenting on the announcement that work will begin soon, the Rawcliffe and Clifton Without Councillors said; “We are delighted that Green Lane will soon have a pavement on both sides of the road. This is a scheme that we have been working on since 2017 on behalf of residents, and we are really pleased that it will be coming to fruition."