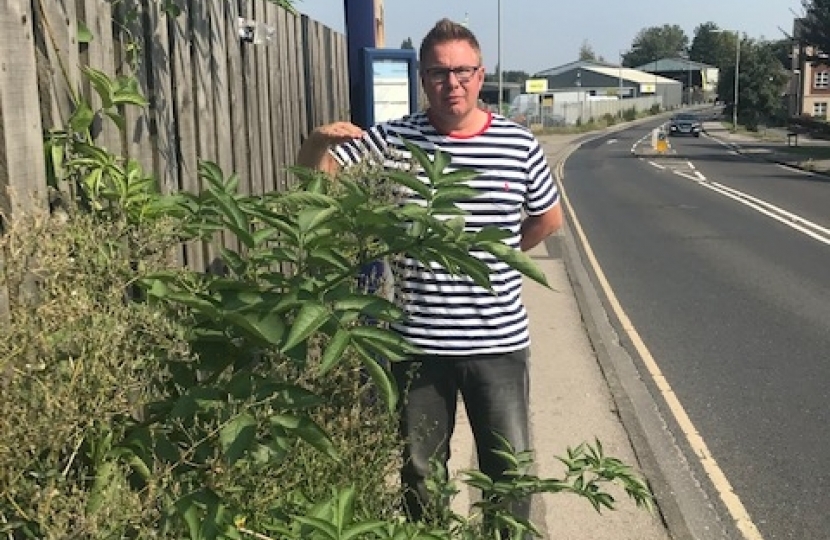 City of York Conservative Group has expressed concern over the proliferation of weeds and general lack of vegetation maintenance in all parts of the city and is calling on the Lib Dem / Green coalition on the City Council to take immediate action before the situation further deteriorates.

Osbaldwick and Derwent Councillor Martin Rowley said, “Residents are telling us the standards of weed removal and presentation of the city have been slipping recently. It seems not to matter whether it’s Dunnington, Haxby, Rawcliffe, Strensall, any other Outer or indeed Central wards such as Acomb, Guildhall or Holgate. The picture is one of apparent increasing neglect everywhere. My concern stretches to the inevitable impact on how visitors to the city view us too.”

Strensall ward Conservative Councillor Paul Doughty shares these concerns and added, “The LibDems and Greens have been loosening purse strings for extra Councillor allowances and increased budget spending since May so residents can expect to pay higher forthcoming Council taxes. They can no longer hide behind the often claimed excuse of reduced Government Council subsidies and must take responsibility for their spending priorities. Weed maintenance is a basic and the LibDems who have held the Environment portfolio since 2015 have historically claimed ‘back to basics’ as an election promise so they must now step up to that plate and get this noticeable failure sorted!”

Councillor Doughty added, “Early in the Summer, we were told wet weather was holding action back but with July and August amongst the hottest months on record, this excuse has worn thin. Many of the weeds are long standing and I would suggest have missed more than one spray. The bus stop platform (pictured) in Earswick, which I have reported previously along with multiple pavements, roads and junctions are at a level of vegetation takeover which will be damaging surfaces, far more expensive to remedy and in some cases a safety hazard. The Coalition need to take a look and do something about Contractors who are not meeting contract expectations and if need be, withhold payments or replace with others who will be more worthy of the income.”

This is why Pride Month matters

Conservatives will always fight for a free, fair and tolerant Britain.