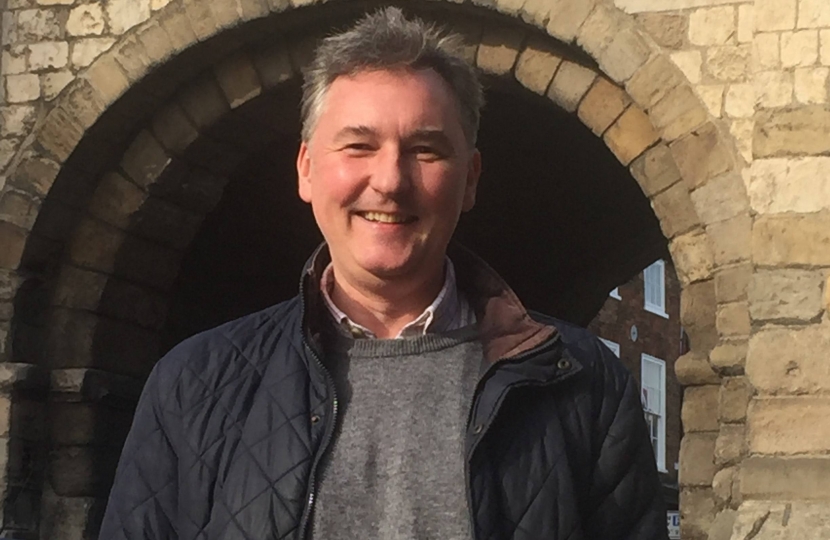 York’s Conservative Association has announced local resident Paul Healey as its candidate for the Micklegate by-election, caused by the decision of Julie Gunnell to stand down. Paul has lived in York for many years and runs an IT company. He has also previously served on City of York Council from 2007-2015 where his time included being Deputy Leader of the Conservative Group. York’s Conservative Group is leading City of York Council for the first time in many years and is bringing sensible management in tough times at the same time as keeping council tax low. With his past experience Paul Healey is ready to ‘hit the ground running’ with the skills to get started if elected and to again serve the people of York.

Micklegate candidate Paul Healey said ‘It is an honour and privilege to be selected as the by-election candidate. I have lived in the ward for all of my time in York and it is where I am proud to live with my wife and two children. The issues facing residents, whether good schools for children, ensuring local businesses thrive or dealing with the sometimes problems like anti-social behaviour or the recent disruption caused by faster broadband being rolled out are those I am well familiar with. I hope to be chosen by the people of Micklegate to represent them.’

Council Leader David Carr said "I am delighted to endorse Paul Healey as the Conservative candidate for the forthcoming Micklegate by-election. Paul is a resident of Micklegate Ward and cares passionately about protecting and promoting the interests of Micklegate residents.  As a former City of York councillor, Paul would bring a huge amount of experience to the role of ward councillor, and is an excellent choice of candidate."