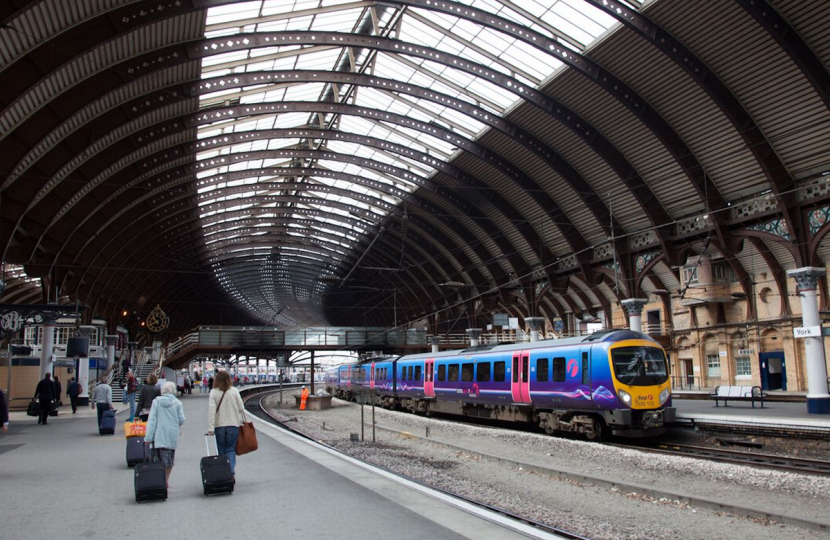 York Conservatives have welcomed the Government announcement that following submissions from 42 towns and cities around the country, York has been shortlisted for the public vote to help decide the new home of Great British Railways.

It follows months of campaigning by local politicians, organisations and business groups including a debate organised by Julian Sturdy in Parliament last year, in which York’s case was made to the Rail Minister by several North Yorkshire MPs.

York will now face competition from Birmingham, Crewe, Derby, Doncaster, Newcastle-upon-Tyne in a public vote before a final decision is made by the Department for Transport, with locations judged against six published criteria including railway heritage, connectivity and alignment with the Levelling Up agenda.

Voting is open until August 15 at https://gbrtt.co.uk/hq-competition-public-vote/

I firmly believe that the great British public will rally round York as the best choice to host this new national institution and encourage everyone in the local area and beyond to support York’s bid and take part in the online vote.