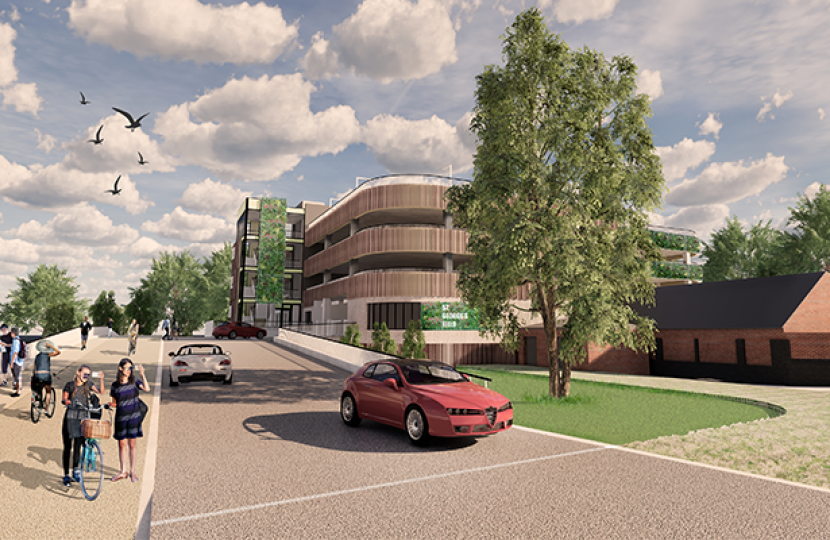 In a surprising tweet today, City of York Council Deputy Leader and Transport boss Andy D’Agorne confirmed the worst fears of many residents and members of the business community, that the planned multi storey car park at St. George’s Field to replace those earmarked for closure at Clifford’s Tower Castle Car park is now “dead in the water.”

Described as both a surprise and shameful by the Chair and Vice-Chair of the York High Street Forum this decision appears to go against all of the messages put out by the Liberal Democrat led coalition and places the entire Castle Gateway development scheme at risk.

Leader of the Conservative Group, Councillor Paul Doughty has written to the Leader of the Council asking for clarification on the comments made by his deputy and assurance that the circa £1.3M car parking revenue per annum the city receives from its most popular car park (Castle Car Park) isn’t lost leading to greater pressure on council budgets and council tax payers.

After all of the scandals this administration has faced with critical public interest reports, accusations of secretive decisions, pay-offs, failed governance, wasted money and its seeming inability to resolve even the most basic problems of pot holes, car parking and access for disabled residents we now discover key decisions, that are supposed to go through a democratic process, are made on the hoof by one person, with all sorts of potential conflicts of interest and Extinction Rebellion type pressure groups influencing his decision.

The Conservatives have repeatedly asked Councillor Aspden and his coalition partner to publicly promise to commit to replace all the parking spaces that will be lost with the Castle Gateway scheme. Councillor D’Agorne describes St. George’s Field as ‘dead in the water’ so is this therefore also the case for the Castle Gateway scheme or does this Council intend to sell York businesses and residents down the river?

York residents deserve better than this and it is time for the Lib Dem leadership to finally do the right thing and end this coalition of chaos right now. If they won’t do this, then the Council Leader should resign too!

Transport Secretary Grant Shapps on building a railway fit for the future.