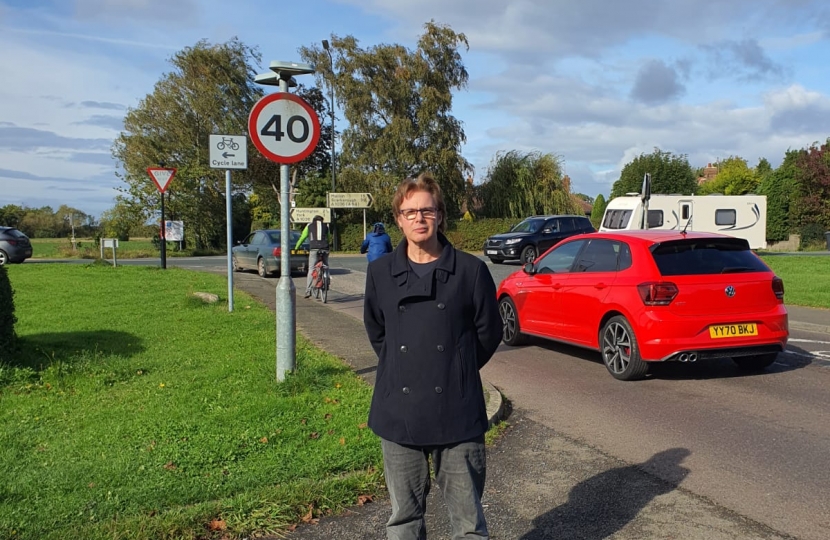 Conservative Strensall ward Councillor Paul Doughty has expressed deep disappointment with the decision by the City of York Council not to press ahead with junction improvements at Hopgrove Lane South.

I was deeply disappointed with the Executive Member decision by the LibDem/Green coalition resulting in ‘no further action’ at all for the Hopgrove Lane South / Malton Road junction. The Council has already spent £8,000 on an in-house Officer study which is now literally money down the drain. The decision is puzzling as the study confirmed that Hopgrove Lane South carries about 40% of the traffic on Malton Road in both directions and that about 45% turns right at this junction, significantly holding up traffic to the left. This has a considerable effect on journey times for residents in Hopgrove, Stockton-on-the-Forest and other villages. The decision flies in the face of any climate and environmental claims this Council tries to make, totally disregarding air quality and noise suffered by local residents.

The Officer report stated a left-filter scheme would ‘undoubtedly produce significant time-savings’ but perhaps therein lies the problem with the LibDems having handed over the Transport portfolio to the Greens who have no interest in making road improvements. The Executive Member suggested he could not justify a £120,000 spend to improve this junction. This, from an administration which was more than willing to spend £550,000 on energy ‘improvements’ to just 8 homes.

Meet 3 of our great Police and Crime Commissioner candidates