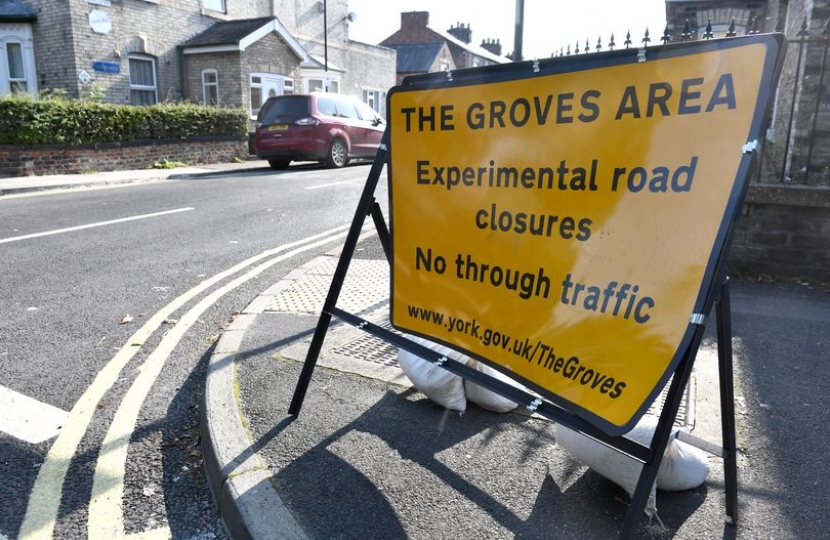 I think residents can see through the type of ‘consultations’ this LibDem-led Council carry out, we’ve seen it time and time again where in reality they do what they want but provide a smokescreen by saying they’ve consulted, sometimes even making decisions before consultations officially close! We’ve seen how badly they have treated disabled residents in excluding them and they clearly don’t listen or read comment sections on websites and social media, save for those posted by their own activists  - or primed to speak under the guise of a ‘local resident’ as we witnessed at a recent Full Council meeting!

The statement from their Executive Member for Transport that “the scheme has demonstrated a significant reduction in traffic through the Groves” is frankly laughable. What else do they expect when they shut the through roads?!  By their own admission and using their words not mine, their decision has “impact on the traffic flow on surrounding streets, as is the case here.” It’s not exactly rocket science! They are simply moving traffic congestion to remaining routes - and intend wasting another upto £80,000 of council taxpayers cash to do it! The Conservatives warned that while some residents will welcome less vehicles passing their homes, who wouldn’t, many others will and have experienced a worsening. Residents and businesses who need to get around the city will be concerned that the council intends to permanently exacerbate congestion on the likes of Haxby Road, Wigginton Road, Clarence Street, Lord Mayors Walk and Gillygate through this decision. They are forcing residents and visitors away from the city by making it increasingly difficult to get around. Have they not seen all the empty city centre retail premises? The city centre needs help, not more reasons to go out of town or stay away!

This is most certainly a pre-cursor to more misery for motorists and business in York - just wait to see what the LibDems and Greens have planned for Leeman Road Tunnel and the chaos that will ensue at that gateway to the city with a one-way traffic light system! The next Lendal Bridge fiasco, I expect they will wait until after the 2023 local elections before they spring that disaster in waiting on us. I hope residents vote them out first!