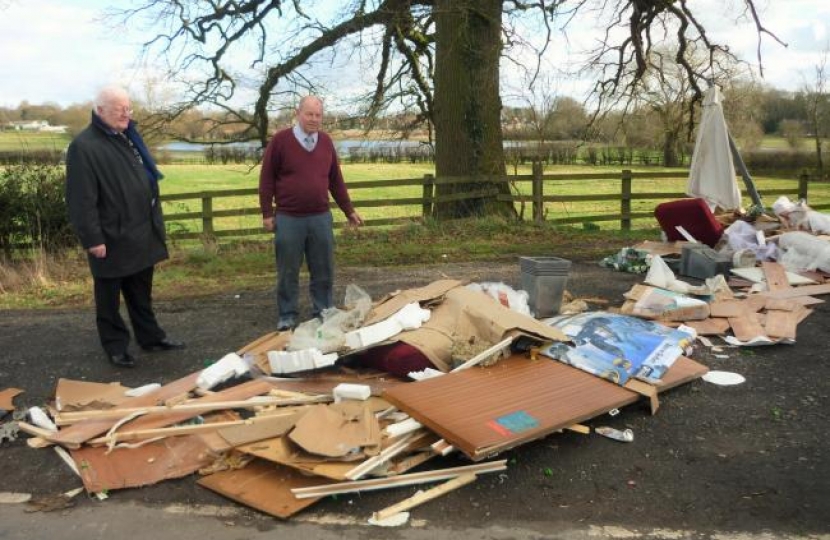 The first stop and search exercise across North Yorkshire as part of Operation Eyeball has actively identified and prevented potential fly-tipping offences.

The multi-agency fly tipping taskforce was set up in June this year to tackle illegal waste carriers.  Last Thursday (13 September) officers from Selby, Craven, Scarborough and City of York Council took part in roadside checks of suspect vehicles to make sure that waste was being lawfully transported along with appropriate documentation.

In York, neighbourhood enforcement officers from the council worked alongside North Yorkshire Police with stop and searches in the north of the city, as well as in patrol cars pulling over vehicles carrying waste.

During the day officers in York stopped and checked 23 vehicles. Of those, 17 notices were served for evidence to be provided showing licenses to carry waste or waste disposal information. Further investigation will start on a number of other possible waste carriage offences.

A key element of Operation Eyeball is regular planned and targeted enforcement action days, as is working closely with landowners to target fly-tipping hot spots so officers can advise on improving land security and carry out regular patrols and surveillance.

Cllr Helen Douglas, executive member for housing and safer neighbourhoods at City of York Council, said: “We know that reporting fly-tipping helps prevent it. In York we investigate all reports and prosecute perpetrators and, through Operation Eyeball, we share evidence which has a still greater impact on preventing fly tipping.

“I welcome this day of action which sends out a clear message that we will take action against those who dispose of waste illegally.”

Anyone who witnesses fly tipping in the York area or suspects that someone is operating an unlawful waste disposal business, should report it City of York Council via their website www.york.gov.uk or telephone 01904 551551.