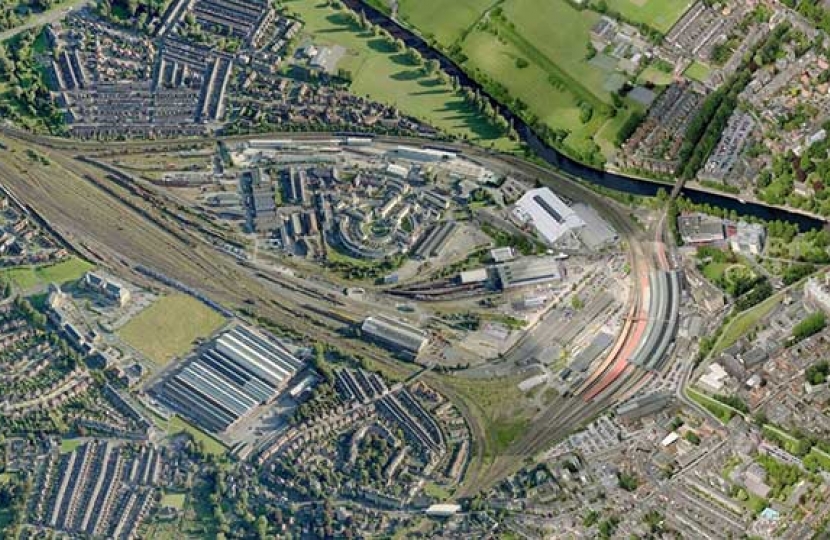 Julian Sturdy, Member of Parliament for York Outer, has today received confirmation from Kit Malthouse MP, the Housing Minister, that the Government will not call in the planning application for the redevelopment of the York Central site.

It follows a meeting last week between Mr Sturdy and Jake Berry MP, the Minister for the Northern Powerhouse in which he urged the Government to not add further delays to the long-awaited redevelopment. Previously Mr Sturdy had written to the Secretary of State, James Brokenshire urging him to support the Housing Infrastructure Fund (HIF) bid needed to unlock the site. A decision on this is expected shortly now that the uncertainty over the planning application has been resolved.

“I am delighted that the Minister has decided to allow the redevelopment of the York Central site to progress without further unnecessary delays. The site provides a unique opportunity for our great city. This is one of the largest city-centre brownfield sites in Europe and it will deliver high spec office, leisure and retail space, with direct access in to York Station, as well as over 2500 homes.

In my meeting with Jake Berry and his officials I made it clear that the development of York Central will make a vital contribution towards the city’s long-term housing needs, including much-needed affordable housing, and do so in a way that does not add further pressure on the precious York greenbelt.

It is key that high quality infrastructure brings this project together and I will continue to push the Government to make further progress on the Council’s bid to the Housing Infrastructure Fund (HIF).”