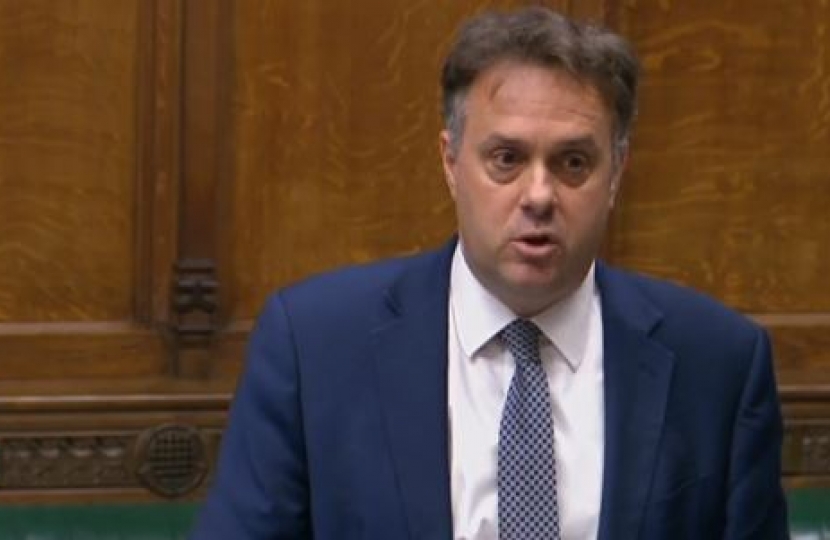 Julian Sturdy, the Member of Parliament for York Outer, today used the first House of Commons debate on the Agriculture Bill to speak up for the interests of local communities and farmers in York and North Yorkshire.

The Agriculture Bill is a central part of the Brexit process, establishing an independent British farming and environment framework as the UK leaves the European Union’s Common Agricultural Policy. Major decisions in this area have largely been taken at EU level for over 40 years.

In his speech, Mr Sturdy broadly welcomed the Bill, and the certainty and clarity the introduction of this law offers agriculture. He praised the inclusion of a 7-year transitional period from the current EU system of farm funding, ensuring “a progressive evolution for the sector, rather than a cliff-edge revolution”. Julian Sturdy also applauded measures to make it easier for new entrants to get into the sector, which can often be harder for those from non-farming backgrounds.

As Chair of the All-Party Parliamentary Group for Science and Technology in Agriculture, Mr Sturdy expressed support for the Bill’s plan to shift farming funding towards supporting innovation and productivity growth, but requested a commitment from the government on what the future budget for this will be. Cutting-edge technologies like robotics, data science, autonomous vehicles and biotech have the potential to transform British agriculture, contributing to economic expansion and creating skilled jobs.

Julian Sturdy pressed the government to provide more detail on its plans for securing soil health, which is important for flood prevention and preserving the fertility of land. He also questioned whether Ministers’ proposals to address unfair and exploitative practices in supply chains were comprehensive enough, and said they had to guard against the unintended consequences of measures which might incentivise producers to take land out of food production.

Mr Sturdy emphasised his support for the government’s shift in public funding to supporting farmers to provide public benefits like clean air and water, tree planting, wildlife, traditional landscapes, and flood defences, but said it should not be forgotten that the main activity of farmers should remain the production of food, as “food production and environmental stewardship already are two sides of the same coin….a resilient and profitable agricultural sector is nature’s best friend”.

After speaking in the Commons, Julian Sturdy said: “The framework of our new agriculture policy is profoundly important for York and North Yorkshire. With dales, moorland, two national parks and the rolling farmland of the Vale of York, our region is home to some of the UK’s most productive agricultural land, and most iconic landscapes. This Bill gives us the opportunity to secure the future of both together, so it is vital we get it right.

I will continue to scrutinise this crucial draft law as it progresses through Parliament, to ensure the needs of our area are listened to as we put in place a framework to secure the future of our green and pleasant land.”