York's City Centre Named One of the Strongest in Britain 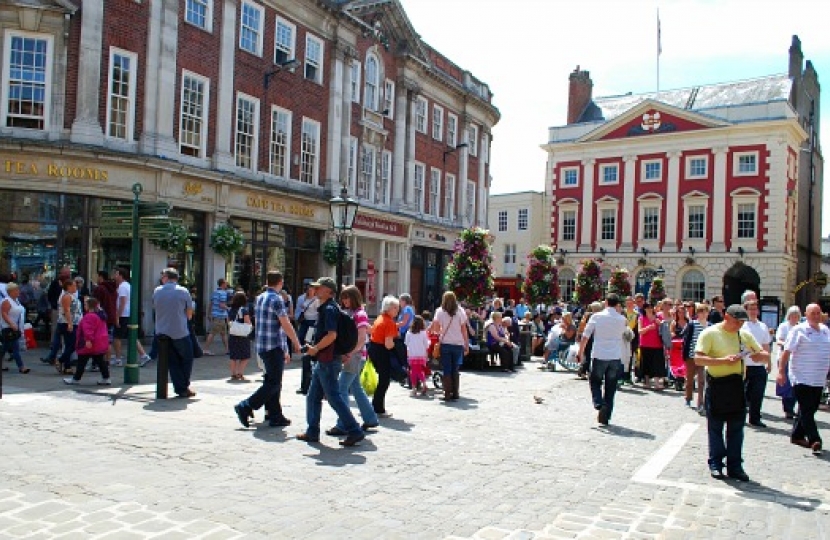 The latest report from the leading independent policy think tank Centre for Cities has named York as having the second lowest high street vacancy rate in the country for 2017/18.

With a high street vacancy rate of only 7% and just 0.1% behind Cambridge, the result reflects the success of ongoing city centre initiatives in the face of falling footfall in city centres across the country.

So, while Rachael Maskell and other Labour politicians in York like to talk down our city, it is clear that the initiatives led by the Conservative-led City of York Council are working.

Figures released by the Office of National Statistics last year showed that York now has the highest number of jobs the city has ever seen. 5000 new jobs were created in 2017 alone, putting York in the top 10% of local authorities in England for employment growth.

All these new jobs weren't just in growing businesses as figures also showed that the number of businesses within York had increased by 10% in the last 5 years.

To build on this growth, the Conservative-led City of York Council has been investing in shopping areas across the city to encourage residents and visitors to support our local traders. Haxby and Acomb have been identified as important secondary shopping areas will receive £100,000 of investment to help increase footfall.

Cllr Stuart Rawlings, Conservative spokesman for Economic Development and Community Engagement, said: "This is great news for residents and our economy and shows yet again why York is such a good place to live and work. Our Conservative-led administration has worked hard to help the city develop, with innovative consultations involving residents and businesses."